Aloha!  I recently attended the ARVO meeting in Hawaii. This is an annual meeting of eye research, devoted to vision and ophthalmology and is one of the largest conferences in the world. Having been in Baltimore last year (less popular), the venue was in Honolulu, Hawaii this May. I was one of about 10,000 delegates. The meeting offered an exceptional opportunity to meet leading researchers and discuss some of the latest developments in Ophthalmology. The ARVO dress code is informal, so yes many of us wore Hawaiian shirts, whilst enjoying the balmy weather.

The results of a new glaucoma drop were presented – this drop is a new class of drug called Rho-Kinase inhibitors and is the first novel glaucoma drop for over 20 years. It has just been licensed in the US, and hopefully will be available in Europe soon, once approved by the European regulators. It offers useful pressure lowering, but is not a miracle agent, and has some side effects like red eye – but it will be a useful additional drug.

Interesting research was presented on a diverse range of topics, including Wet AMD, aspects of correcting astigmatism with cataract surgery using lens implants (so-called “TORIC IOLs”) and the results of glaucoma microstent surgery.  My colleagues and I were presenting some research on aspects of eye inflammation, including the use of an immunosuppressive drug called Tacrolimus, and the treatment of eye inflammation caused by a common infection: toxoplasmosis.

After the meeting finished, I was able to escape the slightly disappointing urban sprawl of Honolulu by spending a couple of days in Maui. This offers much more of the Hawaii experience – unspoilt beaches, surfers, and a mountainous interior topped with clouds. And thankfully it is not volcanically active – unlike its neighboring island which started to misbehave whilst I was there! 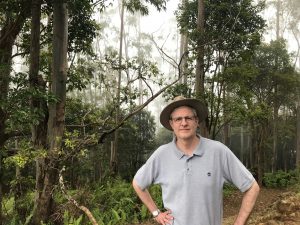 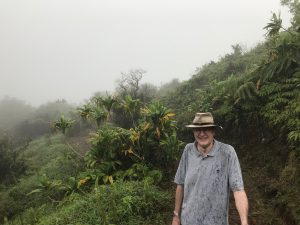 Hawaiian weather not quite living up to expectations! 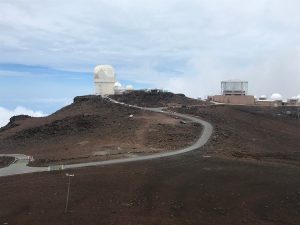 As a keen astronomer, I had terrible telescope envy… 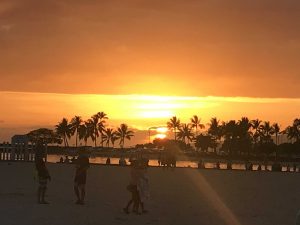